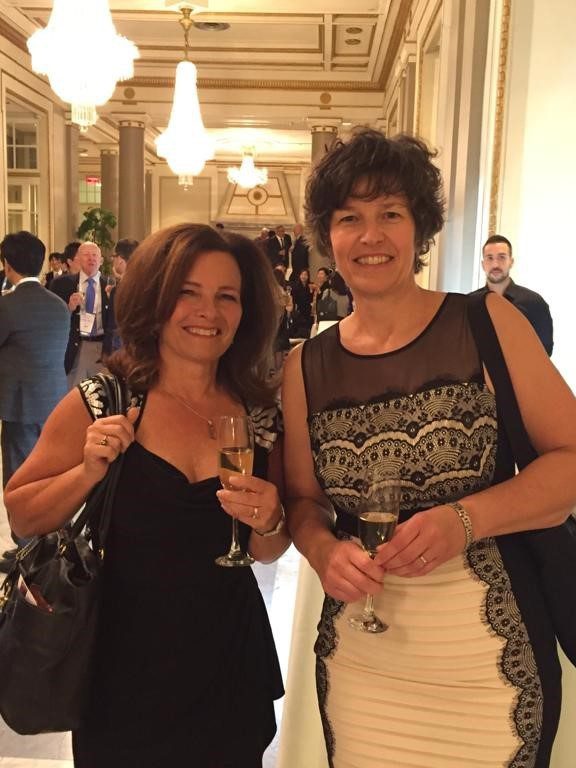 Uro-Santé, a teaching company, was founded in 1994 by Claudia Brown and Marie-Josée Lord, two physiotherapists with expert knowledge in the field of Pelvic Floor Physiotherapy. Claudia and Marie-Josée have been successfully treating patients affected with pelvic floor disorders for more than 30 years at their clinics in the greater Montreal area.

Claudia and Marie-Josée teach pelvic health courses for physiotherapists across Canada.  They first worked on their own clinical expertise for many years by attending courses, seminars and workshops internationally and by studying the available scientific literature on the subject.  Being bilingual allowed them to learn from experts from France, Belgium, Australia, Norway and England….all before the internet! As their expertise grew, they were continually being asked for information from physiotherapists who wanted to learn how to develop their own skills in this field.  In response, Claudia and Marie-Josée created the first Canadian pelvic floor physiotherapy course, which was organised through l’Ordre Professionnel de la Physiothérapie du Québec in November 1993.  There was so much interest in the course, they had to give another one just three months later! Since then, Claudia received her Master’s degree with research in pelvic health and Marie-Josée became chair of the Women’s Health Division of the CPA. They both continue to treat patients, take courses, and participate in studies in the field of Pelvic Health. They regularly update their teaching material according to their experiences and the latest findings in the evidence-based literature Both Claudia and Marie-Josée have a teaching style that is very practical, well-organized, clear, and fun. Uro-Santé courses are full of valuable information, enabling their students to immediately apply their knowledge and techniques to their current treatment practise.

A Few Words About Us

Co-owners of Physio Uro-Santé, we are dedicated to the education of physiotherapists across Canada on the physiotherapy approach to pelvic health. Our teaching style is evidence-based and professional, yet practical and friendly.

Claudia Brown is a Professor at the Faculty of Medicine at McGill University, where she provides basic education on pelvic health for all physiotherapy students, as well as a comprehensive complimentary course on pelvic floor rehabilitation at the Master’s level. She participates in curriculum review and inter-professional education and co-supervises students for Masters Projects related to pelvic health.

Claudia has been a clinic owner and manager for more than 30 years. She currently practices at her clinic in Laval, La Clinique de Physiothérapie Concorde.

Claudia lectures nationally and internationally on the topic of pelvic floor physiotherapy. She has written several articles for the scientific and the lay audience, has been interviewed on television and for lay publications, and has participated in several research projects related to this field. She acts as consultant, reviewer and committee member for various projects related to pelvic health, at local, professional and government levels.

In 2016, Claudia was awarded the Prix d’Excellence from the Ordre Professionnel de la Physiothérapie du Québec, for her contribution to the profession in the field of pelvic floor physiotherapy.

Marie-Josée is a clinical physiotherapist who has had her own private practice on the West Island of Montréal for over 30 years treating a variety of pelvic floor disorders. Marie-Josée is now owner of Kinatex Centre de Santé Pelvienne, a new state of the art clinic specializing and focusing on pelvic health, breastfeeding and paediatrics in Montreal’s West Island.

A pioneer in the field of pelvic health physiotherapy in Canada, Marie-Josee lectures nationally and internationally on the topic of pelvic floor rehabilitation. She has written several articles for the scientific and the lay audience, has been interviewed on television and for lay publications, and has participated in several research projects related to this field. In the past few years, she has been assistant instructor at McGill University for pelvic health physiotherapy education.

Our goal at Uro-Santé is to teach physios an evidence-informed approach to pelvic health physiotherapy, so they can learn to assess and treat various pelvic health conditions affecting men, women, and children.

We take pride in the fact that we have been teaching more than one thousand physiotherapists across Canada.

We have provided more than a hundred courses.

We are passionate about Pelvic Health physiotherapy and have extensive experience in this field, both as clinicians and instructors. We have created core courses in 5 areas of pelvic health physiotherapy, and invite guest teachers each year to give featured courses on additional subjects. Our teaching style is very practical, organized, and filled with lots of helpful tips and pearls of wisdom.

Develop your expertise in pelvic floor rehabilitation with us!

We are passionate about pelvic floor physiotherapy, and have extensive experience, both in the clinic and as instructors. Our teaching style is very practical and organised, and enables you to begin treating patients immediately. Please follow the links to know more about the courses we offer.